great summary of The Beauty Myth by Naomi Wolf

In her book "The Beauty Myth: How Images of Beauty Are Used Against Women" Naomi Wolf radically criticizes the glamor, beauty and thinness industries. It claims the psychological and physical oppression of women through these industries, created by economic and political interests.

According to Wolf, despite the successes of feminist uprisings from the 1970s that liberated women in public space and allowed them economic success and a sense of personal liberation, it is clear that within content they still feel bad and continue to think of themselves as unsuccessful - no matter how strong and successful the woman is. She will always burden herself with a feeling of self-inferiority that persists despite seeming successes. 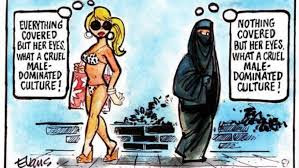 Wolf suggests the concept of the "beauty myth" that gendered the woman in physical terms has taken the place of the term "woman of valor" who is a housewife in the concept of social supervision, therefore, more and more women in the modern age are preoccupied with external apperance and it becomes the main factor guiding them.

According to Wolf, beauty, which varies from society to society, has become universal and symbolizes fertility and strength - a focus for the pursuit of strong men seeking a beautiful woman, and a focus for the whims of women in general towards beauty. Indeed, although women are financially successful and appearing in public space more and more, there are more and more cases of underweight, lack of self-esteem and fears related to beauty - irrational fears created mainly due to politics and society and not for real reasons.

According to Wolf, the myth of beauty is an order that dictates behavior and not appearance: above all, the myth of beauty determines the urgency and duty to base the identity and value of women on their beauty. The beauty myth is just one of several social fictions that emerged after the 1930s. Women learned to think of beauty in economic terms in the markets of the bourgeois marriage of the 19th century. These fictions dictated to women what they should look like and they dictate time-consuming and thought-provoking behavior (grooming, thinness, investing in appearance, and more).

The myth of beauty in its modern form became stronger after the Industrial Revolution, with the shift from the family work sphere to separate work and home spheres. At the same time as women gradually encountered a more egalitarian attitude, female consciousness took over a reality that used the concepts of "beauty." Because women have become stronger materially, the best way to weaken them is psychologically by setting beauty standards. After the rebirth of feminism in the early 1970s, Western women acquired legal rights, acquired higher education and penetrated the circle of trade and the liberal professions. However, women do not feel as free as they would like to feel. The source of their distress is related to the relationship between the liberation of women and female beauty. The "myth of beauty" according to Wolf is a violent counter-reaction to feminism, which uses images of female beauty as a political weapon against the advancement of women. Among other things, the positioning of feminists as "ugly" and "masculine" has developed a new arena of confrontation against radical feminism.

The endless beauty work has taken the place of housework that was once the familiar and well-known domain of women. Once that happened, millions of images of the current beauty ideal were circulated. The diet, cosmetics, cosmetic surgery and pornography industries have based their power on capital generated from unconscious anxieties of women. This, through their influence on the culture of the masses. The economic needs strive to ignore the reality of "real women" and reduce the meaning of femininity to formulaic images of beauty.

Continue to part 2 of the summary

Criticism of The Beauty Myth

Sartre and the conflict between love and freedom

Forgive the Unforgivable: Derrida and the Paradox of Forgiveness

Forms of Capital: Bourdieu and 11 Ways to Be Rich

The Beauty Myth by Naomi Wolf

If you found what you were looking for and it helped you out, please consider helping me out by tipping whatever you feel is worthy of my efforts. Thank you! :)

Got article summeries, reviews, essays, notes, anything you've worked hard on and think could benfit others? why not contribute and mail them to us and we'll put them up for others to use (with credit).